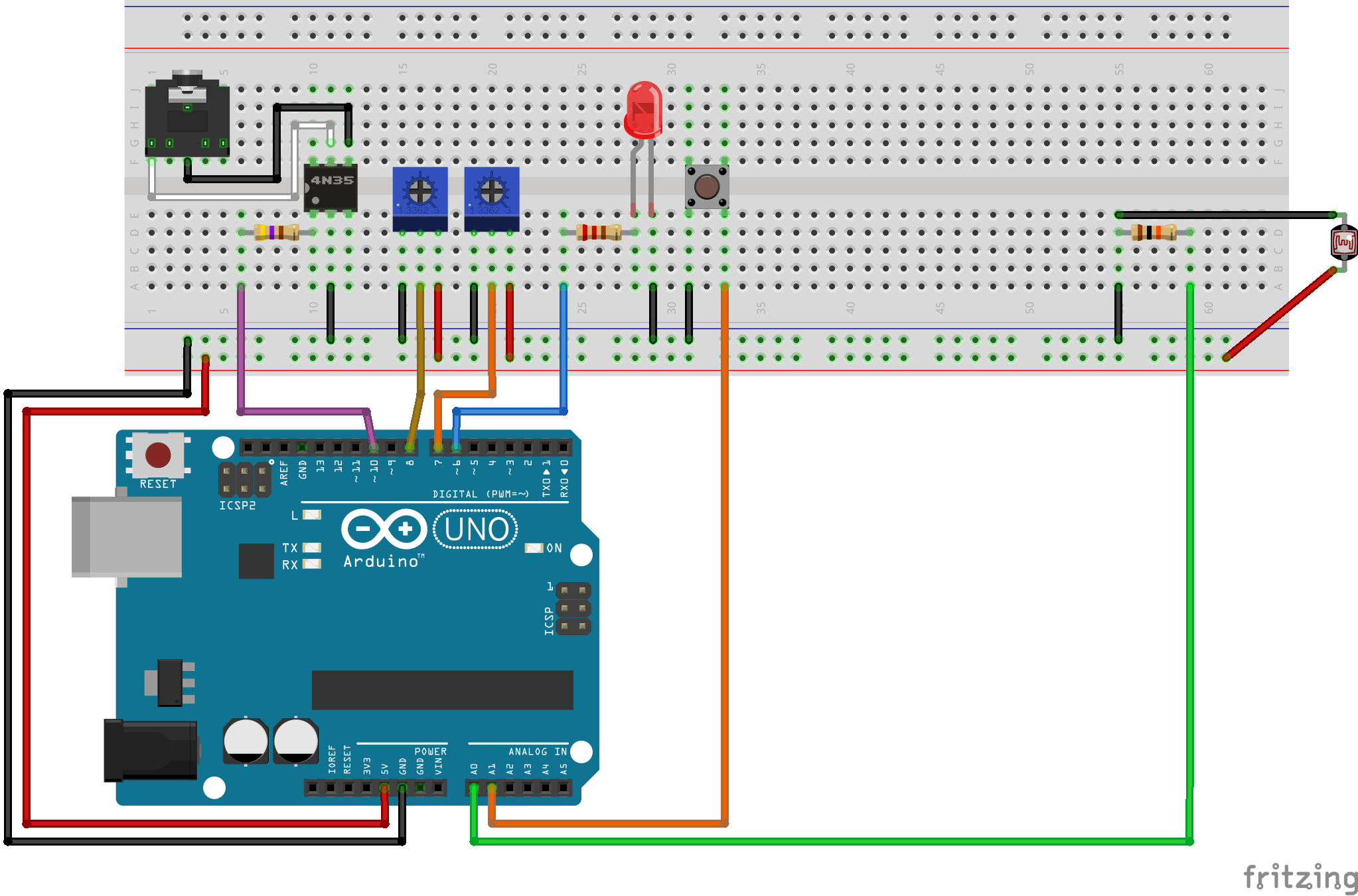 I've decided to try my hand at droplet and splash photography. Rather than using a manual method (setting up a constant drip method and trying to snap a picture the moment a droplet lands), I decided to go the engineered route (surprise!).

I did a lot of searching around on the interwebs, and found a lot of material on DIY setups, but none were really ideal for my particular use case, some were missing information, and a few were downright unsafe. So I decided to build my own system from scratch.

At first, I attempted to use the Raspberry Pi 2 as the controller platform, but I wasn't really happy with the results. It didn't have analog pins (useful for the photoresistor), and it wasn't really as fast as I wanted.

So instead of the Raspberry Pi 2, I decided to go with an Arduino Uno that I had lying around, which worked perfectly!

The hardware that I used for this project came from a few different sources:
Adafruit

Automatically trigger a photograph of an object after it passes through a laser/photoresistor trap.

I'll post an Arduino sketch when I have everything prettified, as well as some actual photos!

Get the latest posts delivered right to your inbox.

Cheetah in tall grass in the Maasai Mara

×You've successfully subscribed to My Areas of Expertise
×Great! Next, complete checkout for full access to My Areas of Expertise
×Welcome back! You've successfully signed in.
×Unable to sign you in. Please try again.
×Success! Your account is fully activated, you now have access to all content.
×Error! Stripe checkout failed.
×Success! Your billing info is updated.
×Error! Billing info update failed.